We refer to the Jacobean pilgrimage from Portugal, which presumably already existed in the high medieval period. Bridges, rural chapels, sanctuaries, cruceiros, pazos and historic cities are shelled along a route that begins on the banks of the river Minho, in the city of Tui, to conclude before the tomb of St. James. The Portuguese Way in Galicia is a route of remarkable monumental evidence, with strong cultural realities that go beyond the architectural and museum, to mean a space of privilege walking on horseback among friends. If the pilgrim wishes, the Portuguese Way is also available from the city of Braga. 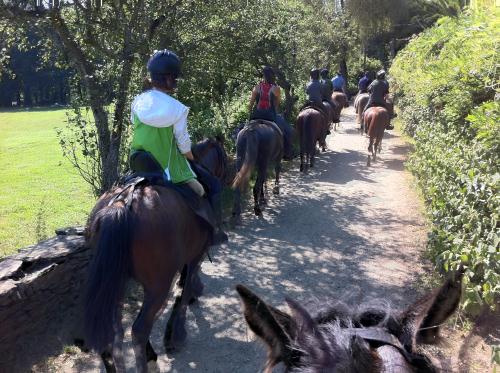 Tui is presented as the starting point of the Portuguese Way in Galicia. Passing Ponte das Febres, there are two options: continue on the path that emerges in front of the bridge, which is difficult to cross in winter, or take the one on the left, making a small detour. Both possibilities lead to the place of A Madalena. 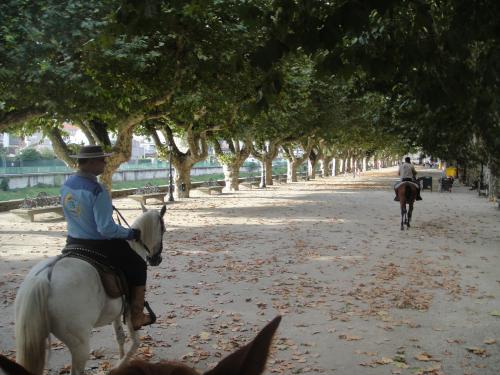 Following the Roman road, the route joins the N-550, entering Redondela at the height of the Vilavella convent. In Redondela the route runs through the middle of the village where there is a historic hostel of the sixteenth century called ‘Casa da Torre’ which is one of the main ones of the Portuguese Way.

On leaving Redondela, past the railroad bridge, the Camino enters a forest towards the village of Soutoxusto. Surrounded by pine trees, we descend through the place of Sete fontes to cross Arcade, a place known for its tasty seafood from the estuary that we will be able to taste.

After the mariscada, we arrive at the historic Pontesampaio: the Camino crosses the Verdugo River over the bridge, where, in the War of Independence, one of the greatest defeats of the Napoleonic army in Galicia took place, at the hands of the armed people. 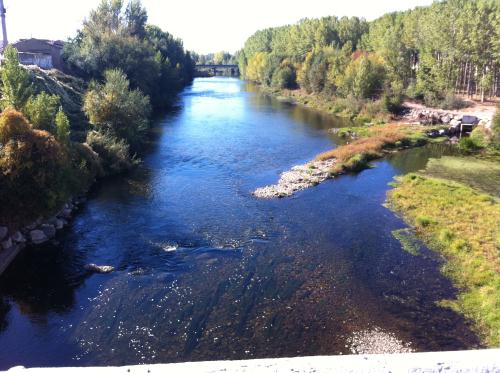 The Camino approaches Pontevedra, leaving behind places like Bértola. After entering the city the Camino leads from the Peregrina to the immediately to the square of Ferreira.

The Camino leaves Pontevedra along Rúa da Santiña. Leaving a quiet chestnut grove to the right of the route, the route runs parallel to the railroad track to the place of Pontecabras, continuing on course to reach, among pines and eucalyptus, the church and rectory of Santa María de Alba. 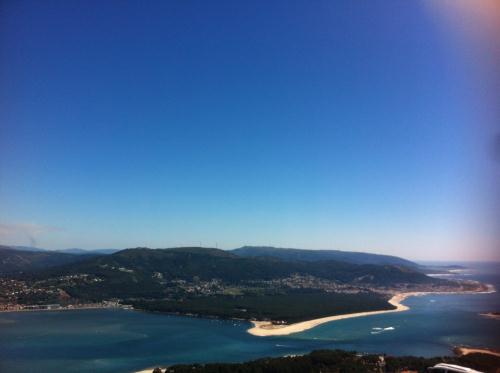 From here the road continues through the places of Casal de Eirixio and O Pino and penetrates into deep forests that run, among the murmur of water, close to old mills. At the Solleiros mill, the road turns gently until it reaches Valga, continuing towards Padrón, already in the province of A Coruña. 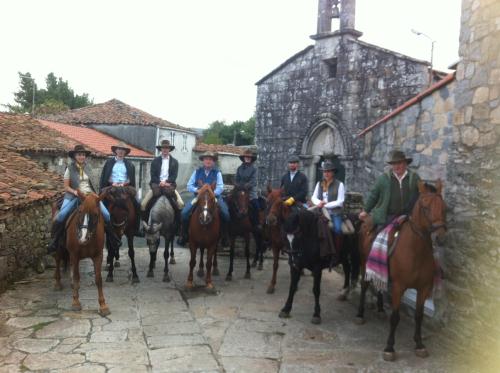 hands of the armed people. The pilgrim can take a break and rest at Santiaguiño do Monte, a place that has a beautiful viewpoint, a chapel dedicated to Santiago and an altar with the image of Santiago on some rocks.

Once in Santiago, the itinerary enters the “Obradoiro” square, where the main facade of the Jacobean basilica is located, whose entrance leads the pilgrim to the Portico de la Gloria. Another possibility of access to the interior of the basilica -preferred by pilgrims- is to follow Fonseca street, bordering the southern wing of the cloister, to As Praterías square, where the south façade of the cathedral is located.

After visiting the cathedral and its surroundings, we will transfer you to the corresponding airport or station where our services will end. 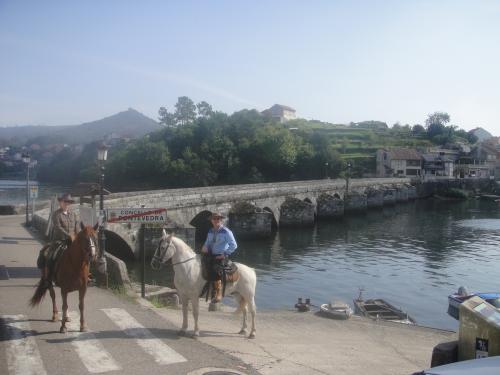