The fact that this beautiful Camino is known as Camino Primitivo is obviously not by chance. Shortly after the discovery of the tomb of the Apostle, through the beautiful story or legend that has remained for posterity, the first person to know about the discovery was the then Asturian King Alfonso II the Chaste, who was also the first monarch to go on pilgrimage, taking the road that runs through the interior of Asturias to Lugo and later to the capital of Compostela. This primitive, hard and rugged, but impressive and beautiful route, is preserved with all its charm, saving the occasional modifications that modern infrastructures force to make, as in fact happens in all routes or roads. The end of it, very close to Santiago de Compostela, merges with the great pilgrimage route, the French Way. We can assure that the passage of pilgrims through countless charming corners, villages, towns such as Grado, Salas, Tineo, Grandas de Salime, among many others, and especially the ancient Lugo, make this pilgrimage one of the most interesting, endearing and emblematic. The Primitive Way of pilgrimage to Compostela was the one used by the first devotees, arriving from the nascent Asturian kingdom. It is, therefore, the first Jacobean itinerary, hence its current name.

The Primitive Way had its main point of origin in the city of Oviedo, but was also followed by pilgrims from other parts of northern Spain and Europe. It was possibly a safe and frequented itinerary until, in the middle of the s. X, the current French Way is consolidated from León, the new capital of the Kingdom. Even so, the Oviedo route to Compostela continued to be a relevant alternative.

The Primitive Way leaves Asturian lands through the town of Bustelo del Camino. The entry into Galicia is through the beautiful and difficult mountain pass of O Acebo (1,030 m). From here, the pilgrim has 144 kilometers to go to Santiago. 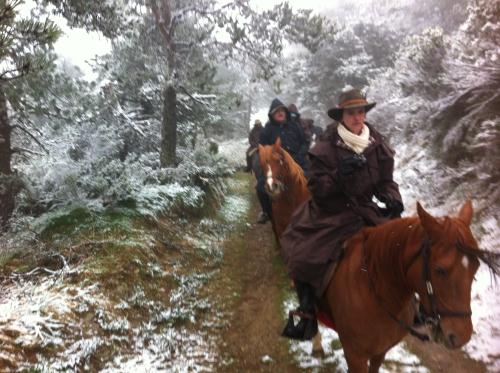 Amidst spectacular high mountain nature, we soon reach the first Galician town on the route. It is the village of Fonfría. One of the itineraries leads directly to A Fonsagrada (952 m), capital of the municipality and of the extensive region of the same name and the largest town before reaching the city of Lugo. From A Fonsagrada, the Camino, after crossing, among other places, the town of San Xoán de Padrón, soon reaches the place of Montouto, where the route becomes one again. The itinerary offers an alternative route from Paradanova that takes pilgrims to A Pobra de Burón. The passage of the pilgrimage route through this ancient town is known in documents from the s. XIII, mentioned as “Cammo d’Ovedo”.

From A Pobra de Burón the pilgrim leaves in the direction of Xestoso and the nearby hospital of Montouto (1,050 m), where this itinerary joins again the one coming from A Fonsagrada. The Primitive Way continues through slate lands to Parada Vella, a beautiful town that preserves much of its ancient appearance. O Cádavo (71 O m), capital of the municipality of Baleira, is the second important town that the pilgrim encounters on the Galician Primitive Way. The pilgrimage route continues westward through the Alto de A Vaqueriza (840 m), to reach Vilabade. 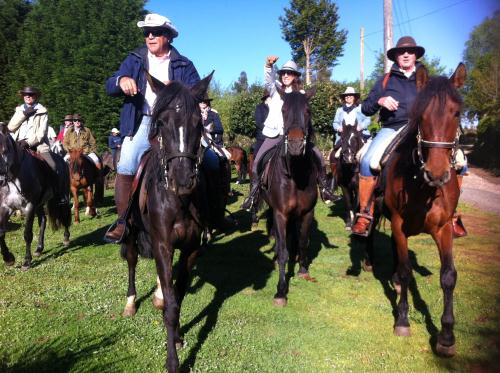 Vilabade is already at the gates of Castroverde (540 m), capital of the municipality of the same name. From Castro verde there is a proliferation of references to the Camino, both documentary (the Camino is also called “French” here) and toponymic, as well as small villages. Between cultivated fields and continuous villages, the Camino crosses places of unmistakable Jacobean toponymy, such as Casa do Hospital. The towns of Carballido, Fazai and Santiago de Castelo announce the entrance to Lugo (475 m).

The Primitive Way enters the ancient Lucus Augusti through the wall. Leaving the city and passing the village of O Francés (also known as “Hospital”), the Camino enters the municipality of Guntín. From here the itinerary runs through old and almost always busy roads that link countless small rural towns, such as Seixalbos, Xende, Ferreira, Augas Santas or Merlán, entering the province of A Coruña after crossing the Careón mountain range, on the way to the historic Jacobean village of Melide. The Primitive Way ends in the town of Meline, where it is integrated into the French Way.

Melide (450m), a town considered the geographical center of Galicia. Following Melide is Castañeda and further on the pilgrim crosses the river Iso over a small bridge to the hospital of Ribadiso. From Arzúa onwards, the Way goes again through meadows, oak and eucalyptus trees that surround small villages such as: Calzada, Calle, Ferreiros, Salceda, Brea, Santa Irene, Rúa and O Pino, the last municipality before Santiago. 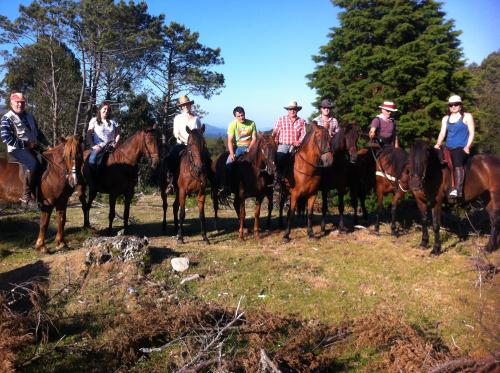 Already in the municipality of Santiago, and after passing through the vicinity of the city’s airport, the pilgrim arrives at the center of A Lavacolla. Leaving Lavacolla behind, Monte do Gozo (380 m) is already very close. During the first part of this stretch the pilgrims lingered happily, proclaiming as “king of the pilgrimage” the first of the group who had reached the top of Monte do Gozo. 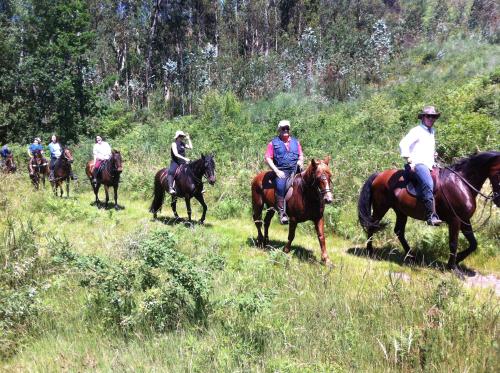