The origin of the pilgrimage to Santiago by the route of the Asturian-Galician coast dates back to the moments immediately after the discovery of the tomb of the apostle Santiago el Mayor (around 820).

The Galician section of this route is currently signposted along its 170 kilometers, between Ríbadeo and Santiago, with stone cairns decorated with a scallop shell made of ceramic and valuable information for the pilgrim: the kilometer point at which it is located. In addition to the famous yellow arrow, these milestones help to identify the Camino without difficulty, as they are located in strategic places, such as crossroads and detours.

The town of Ríbadeo, an important tourist enclave and municipal capital, is the starting point of the Northern Way on its way into Galicia. Ribadeo is the gateway to the northernmost pilgrimage route that links the sanctuaries of Oviedo and Santiago de Compostela; it should be remembered that between the 13th and 18th centuries it was considered the “defense of the Cantabrian Sea”.

At the exit of the coastal village you have to go to Obe, to head towards the mountain of Santa Cruz, where the hermitage of Santa Cruz is located. 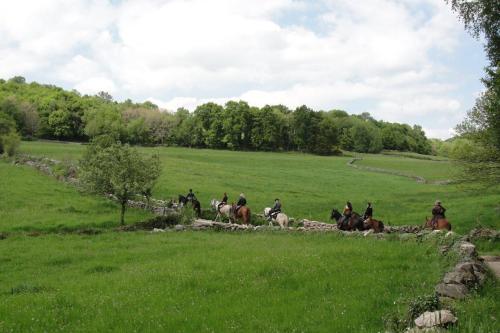 The North Road then leads to Vilela, Cedofeita and continues to Lourenzá, Cubelas, Vilamartín, Vilanova, Gondán and Curveiro. The route then continues its course through the chapel of San Nicolás and the places of Lóngaras, San Esteban, Trapa…

Leaving Vilanova de Lourenzá, the old Jacobean route of the north continues to use, in this section, the medieval path of the “brea”: a road axis coming from Asturias towards Lugo, which enters Mondoñedo through the medieval and evocative Ponte do Pasa Tempo. 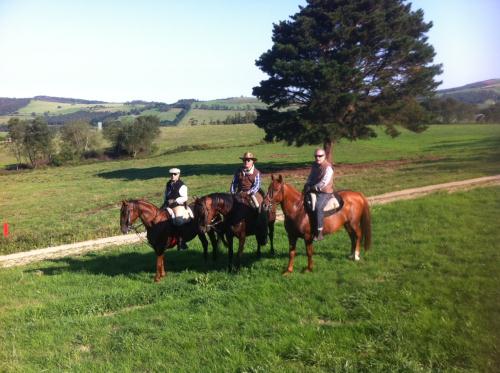 The city of Mondoñedo is one of the Galician episcopal seats of greater cultural tradition and one of the most important historical centers of Galicia. The road passes through the neighborhood of Os Muíños, rúa de Sindín, which communicated with the urban core inside the city walls and which, in truth, was the royal road that entered the city. In Mondoñedo there are other historical buildings such as churches, hospitals or palaces that embellish the streets and squares of the city.

On the outskirts of the convent of San Martiño de Vilalourente, “Os Picos” (18th century). Vilalba can now compete with the attraction of the city of Lugo, helping to make a shorter route to Compostela. This low medieval road leaves Mondoñedo to ascend towards the small villages of San Caetano through Valiñadares and Mariz. The medieval road continues along the bottom of the valley bathed by the river Valiñadares, passing through the places of Valiña, Pacios and Lousada…

It then continues to Péda Ponte, As corgas, Gontán, Pobecende and enters the town of Abadín. From Abadín, the Way passes through the Terra Chá through the parishes of Castromaior, Goiriz, Ponterroxal, crosses the river Arnela over a medieval bridge, reaches Castromaior and passes over the magnificent medieval bridge of Pontevella, which takes pilgrims through an unpopulated area. The route continues to Santiago following to the small village of O Francés (toponym clearly linked to the phenomenon of pilgrimages to Santiago), continues to As Chonzas and enters Vilalba, From Vilalba, the route continues to Baamonde, leaving Baamonde by the N-VI road, parallel to the railroad and the Parga river to reach Santa Leocadia de Parga. 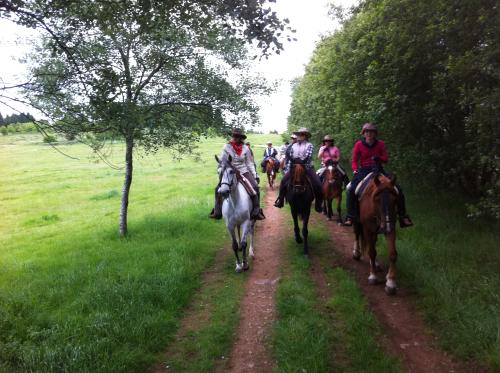 The Camino continues through Ponte Leijosa and reaches Santiago de Miraz, Pedramaior and Marco das Pías, bordering the province of Lugo. From here, through Esgueva we reach Sobrado dos Monxes (A Coruña) and Carelle. Then you reach Corredoiras and pass through a crossroads before heading towards Boimorto and Gándara.

The North Way finally joins the French Way in the town of Arzúa. 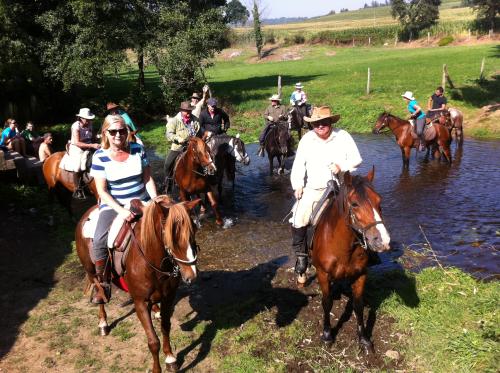