The Jacobean pilgrimage had great fame throughout medieval Europe. Scandinavians, Flemish, English, Scots and Irish used the maritime routes with great intensity to reach Ribadeo, Viveiro, Ferrol or A Coruña with the intention of making the pilgrimage to Santiago. These last two coastal enclaves, thanks to their exceptional strategic location, are the starting points of the two alternatives of the English Way. The A Coruña-Santiago route is 74 km long; the Ferrol-Santiago sections total 118 km.

Starting from Ferrol, the English Way starts at the Curuxeiras docks towards the town of Narón, continues until it joins the road to O Salto, passes by the tidal mill of As Aceas de Lembeie and crosses the bridge over the Xubia River to enter Neda. 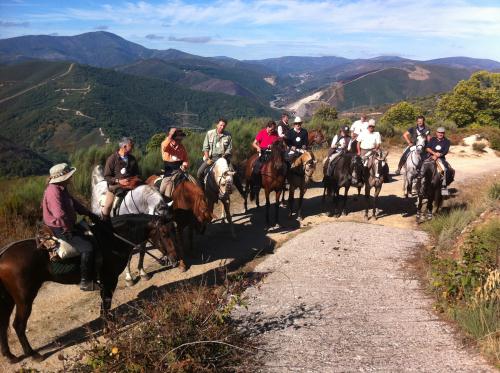 We leave Neda behind to continue until we enter Fene. Leaving the city, the route links with the royal road to reach Cabanas, in the middle of the Eume estuary, the pilgrim can rest on the beach of A Madalena, before continuing along the promenade, cross the bridge and enter Pontedeume. 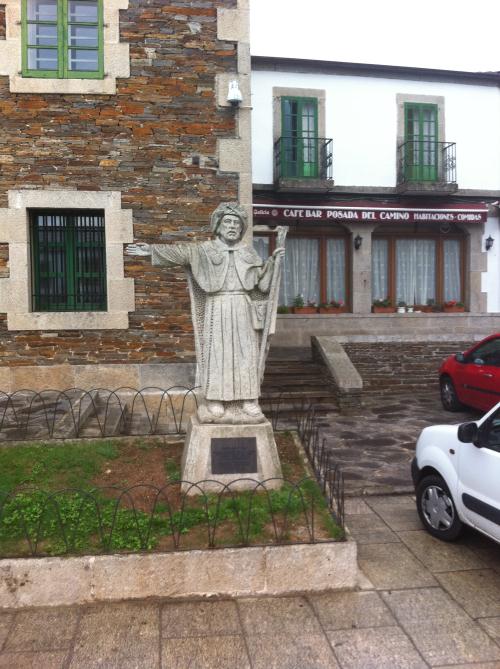 Leaving Pontedeume behind, we arrive at a church from where we have an excellent panoramic view over the estuaries of Ferrol, Betanzos and Ares, continuing towards the village of Buíña until Miño. 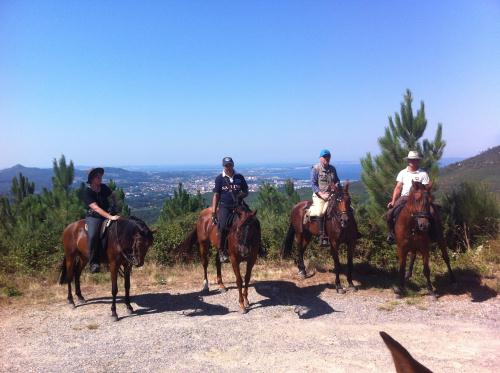 The road descends and begins again an ascent towards Matacabalos, passing through Chantada and Guende. The road runs through flat terrain before descending towards Betanzos, a route that offers a good panoramic view of the Betanzos estuary and its marshes.

The pilgrim crosses the Mandeo River at A Ponte Vella and enters Betanzos, the ancient capital of one of the seven provinces of the Kingdom of Galicia, through the gates of the medieval wall. 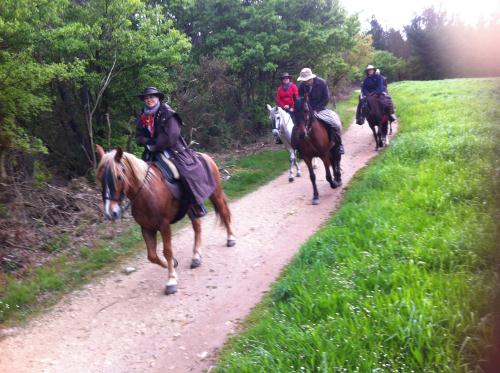 From Betanzos we arrive in Coruña, we leave the city towards the Sigüeiro bridge over the Tambre river where the pilgrim enters the municipality of Santiago. The route follows parallel to the river and continues to the so-called “Fonte do Inglés” and leaves behind the industrial area of Tambre. 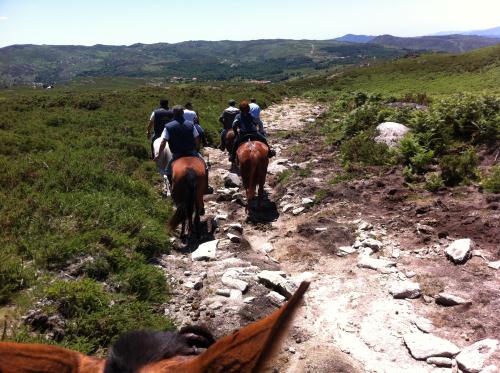 The route enters the urban center of Santiago, passing in front of the administrative building of the Xunta de Galicia, in San Caetano, and the monument to the pilgrim, represented by a moving bronze statue of the sculptor José María Acuña.

After visiting the Cathedral of Santiago de Compostela, the arrival and meeting point for pilgrims, the city of Santiago is offered to the visitor in all its historical splendor, in all its current diversity and dynamism. 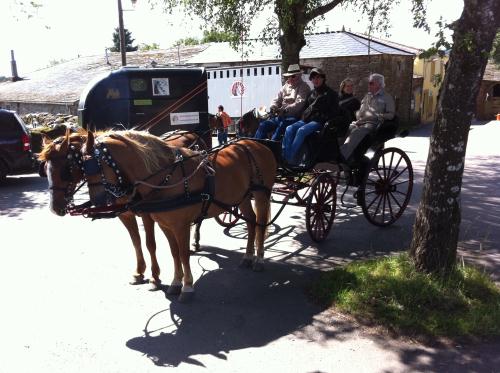 Once over the Sigüeiro bridge over the Tambre, the pilgrim enters the municipality of Santiago. The route follows parallel to the river and leads to the church of Barciela; it continues to the so-called “Fonte do Inglés” and leaves behind the industrial area of Tambre passing through the Galileo road and Tambre street. The route arrives at Meixonfrío, where there was an inn where pilgrims and travelers refreshed themselves.